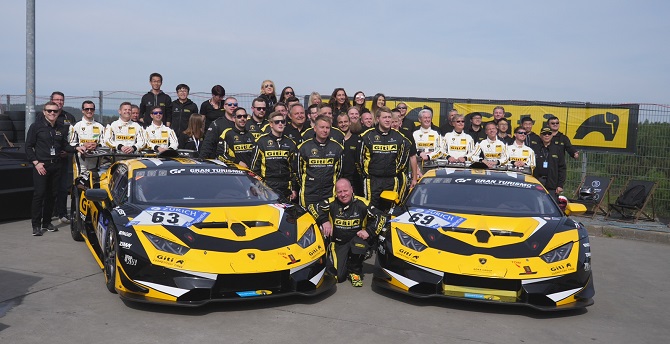 Giti Tire returned to the ADAC Zurich 24 Hours Nürburgring race on the weekend of May 12-13, taking on one of the world’s toughest competition and track terrains. Partnering with the highly experienced Dörr Motorsport, the team fielded two advanced Lamborghini Huracán Super Trofeo Evo with improved aerodynamics and fitted with GitiCompete GTR-1 tires. In the end, the two Giti vehicles built on its successful qualifying session, withstanding extremely challenging conditions to finish the race with strong determination in their separate SP-Y class.

This 46th edition of the race followed Giti Tire’s debut performance in 2017, where the company shocked the racing world by taking 2nd place in the highly competitive SP-8 class during its first year of European endurance racing.

The 24-Hour Race showed again, in an impressive way, that Nürburgring is the best tire testing ground available. Sun and rain, heat and cold – nowhere else do they alternate as quickly as at the track, putting Giti’s tires to a gruelling test in every single lap. The GitiCompete GTR-1 at the weekend mastered the challenge incredibly well, be it the slick, the semi-slick or the wet tyres. Searing hot day temperatures were followed by heavy rain, increasing the suspense during the night. Following the downpour, the track was engulfed by a dense fog which led to a red flag 3.5 hours before the scheduled end of the race.

The strong and consistent lap times prove that the Giti tires withstand strains in all weathers. Another strong driver line-up this year helped to make sure that significant insights could be gained from this race: A total of seven drivers, including industry veterans navigated the vehicles and experienced the strengths of Giti’s tires. Marc Basseng, Manuel Lauck and Nico Verdonck shared the Lamborghini #63, Uwe Wächtler, Florian Scholze, Dennis Trebing and Dierk Möller manned the #69 vehicle. The expert Giti technical motorsports team also contributed to the success, as they do while traveling around the world to best utilize Giti tires in top global performances.


Takeaways and a Bright Road Ahead

Despite some technical vehicle issues and the extreme weather conditions, Giti Tire and Dörr Motorsport gained positive experience through its impressive show of grit to withstand its challenges. Giti’s tires received great feedback from the team and support staff for their endurance.

“We’re very satisfied. The tires delivered as expected. The wet tires in particular provided good results. The most important thing for us was to bring both cars home safely. Anyone who drives across the finish line under these conditions is a winner”, remarked Stefan Fischer, Managing Director Giti Tire Europe – Product Technology and OE. Rainer Dörr, Dörr Motorsport Team Principal agreed, saying “We fought as a team and didn’t give up. Both cars finished the race. I think the biggest challenge was to keep fighting despite the many obstacles that were put in our way. I consider it a huge success that we brought both cars home safely.”

With a very strong team, experience, and competition tire offerings, Giti Tire is poised to continue its success in additional motorsports events both this year and in years ahead. 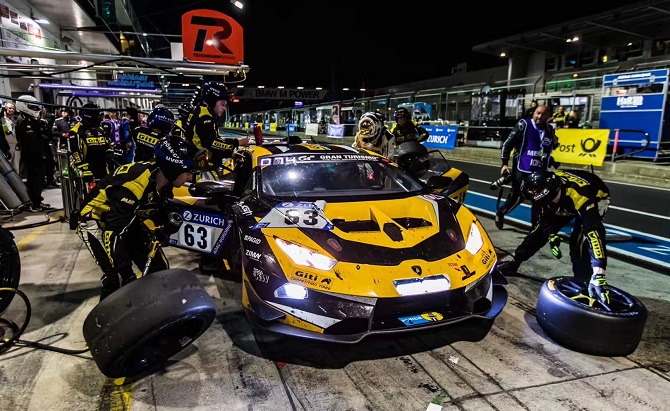 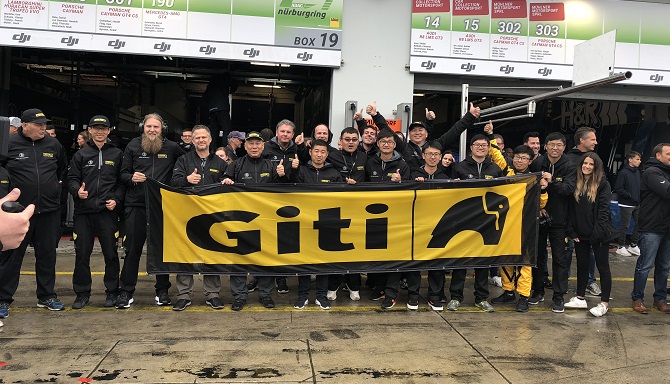