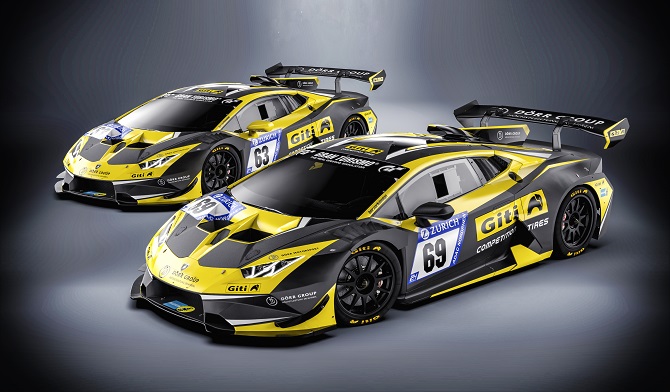 On May 12-13, Giti Tire will return to the Nürburgring 24 Hour race, taking on one of the most challenging races in the world in front of more than 250,000 fans at the "Green Hell" track. After a highly impressive 2nd place group debut in 2017, Giti has even more experience, as well as an additional car in the competition. The team, vehicles, tires, and drivers are prepared for the endeavor on the 24.358-km combination Grand Prix Circuit on 12th May.


Building On Giti's Debut Performance in 2017

Last year, Giti Tire entered the competition never having experienced such a high-level of European competition, and still achieved a 2nd place group finish. In 2018, the tried and tested concept will be continued and improved further from last year's edition, with the partnership between Giti Tire and Frankfurt-based Dörr Motorsport team, which has almost twenty years of experience in the Eifel. “For us, motorsports is the perfect link from developmental work at high level to the car on the street. It enables us to collect valuable information and experience which we will leverage in the development of our products for use in road traffic. We specifically use computer based test simulations, in-house testing and extensive road tests,” says Stefan Fischer, Managing Director Giti Tire Europe – Product Technology and OE. “German engineering should provide pure driving pleasure in the end.”

Giti Tire and Dörr Motorsport are going to contest the race with two Lamborghini Huracán Super Trofeo Evo vehicles. These cars are advanced racing weapons from Italy, with a front diffuser directly inspired by the heritage of the Huracán Performante. The air flow is directed at the rear wing which ensures proper downforce in any race situation. One of the most significant features of the Lamborghini Huracán Super Trofeo Evo is the air scoop. This exclusive feature for a racing car improves the aerodynamic of the car significantly. Accordingly, it demands a higher performance from the tires. Giti Tire fulfils this requirement in all aspects. For perfect grip, the Lamborghini will be equipped with Giti Compete GTR1 in size 300/650-18 on the front axle and 305/680-18 on the rear axle. These will offer precision handling to provide consistent lap time performance and have been used in other racing series for years.

Giti Tire and Dörr Motorsport used two VLN rounds and a qualifying race in order to prepare and set up for the ADAC Zurich 24-hour race at Nürburgring in early May. The developmental work during the winter has paid off, with Giti and Dörr Motorsports claiming first place for the qualifying event in their category on GitiCompete GTR1 tires. “This was the first time for this constellation to take the wheel, and the team did an outstanding job,” says Robin Dörr, Dörr Motorsport Team Manager. “We feel that we are set up better and better with each kilometre.” In addition, the team completed comprehensive tire tests which worked perfectly.


A Strong and Passionate Team Determined for Victory

Team Manager Robin Dörr can rely on a very strong team. Well-known drivers Florian Scholze and Uwe Wächtler will be at the wheel of one car. In 2017, both of them battled for seconds in the Lamborghini with Giti tires. Dennis Trebing, a 25-year old American with experience in both 24-hour and VLN races, and Dierk Möller will also join the team. The driver line-up of the second Lamborghini is equally exciting, featuring Marc Basseng, Nico Verdonck, and Manuel Lauck. Basseng has previously won the race at the prestigious track. Belgian driver Verdonck has excellent references from endurance races all over the world, and has been holding the Eifel record on the VLN layout since 2016.

“We had a fantastic start in 2017, and now we want to demonstrate our new developments,” says Stefan Fischer. “Giti Tire and Dörr Motorsport are ready for what will probably be the most challenging weekend of the year. We are well prepared with more than 1,000 racing tyres of various specifications for different conditions.” From one to two cars, from four to seven drivers plus a wealth of additional know-how which we have gained with every kilometer we completed. Bring on the Green Hell... Giti Tire is ready.

Giti’s global motorsports activities in 2017 included participation in the renowned Nürburgring 24 Hours endurance race for the first time, taking second place in the SP8 class, official tire supplier to Super Truck racing championship in Australia, the Fun Cup racing series in the UK, as well as collaborating with many other teams and racing series around the world. 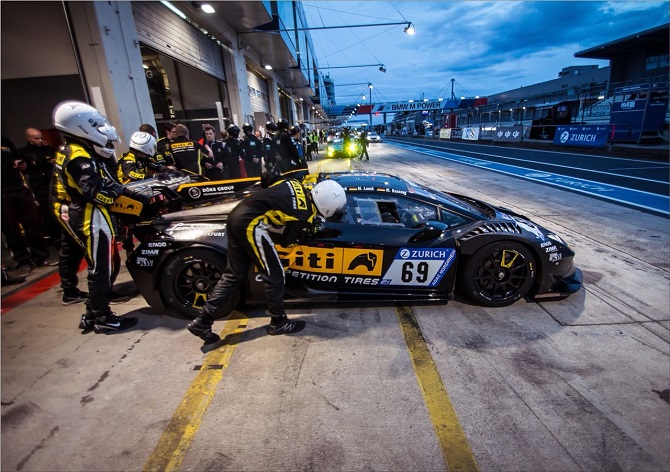 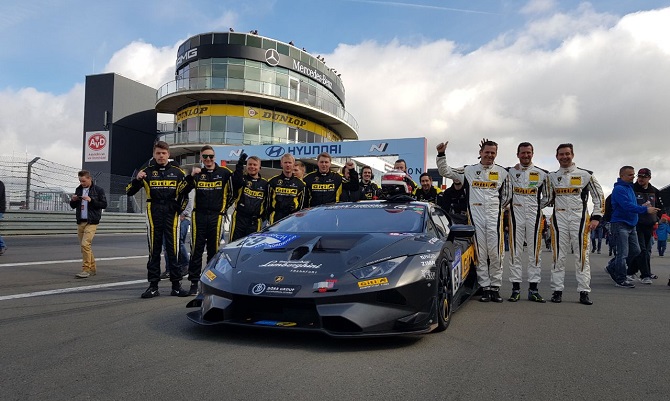 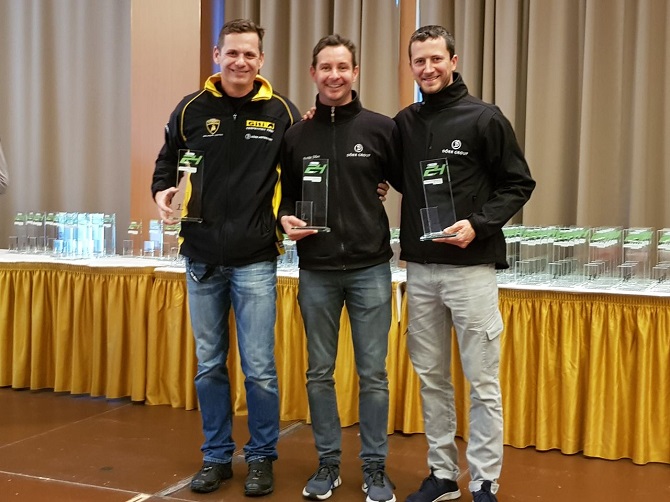