Giti Tire is proud to be the main sponsor of the 2017 Super Truck Nationals race series in Australia, the company’s first truck and bus tire racing series partnership worldwide. As part of the sponsorship, Giti is prominently branded throughout the event and materials, and the company’s specially-designed GitiCompete Race-Tuned V1 tires are used on all of the vehicles. The tires were tuned for race conditions through extensive development and testing.

The Super Truck Nationals are a major truck racing series in Australia, with a variety of trucks competing in front of large and excited audiences. This year’s season kicked off in July with its debut at Wakefield Park Raceway, and will continue with three more events throughout the year. Giti Tire’s participation gives the opportunity for the company to showcase the strengths of its tires to truck drivers and enthusiasts, as well as further analyze its truck and bus tire racing performance. From the initial driver feedback, the Giti tires performed very well on the wet conditions of the track in their debut, giving confidence to the participating racers.

In addition to the above benefits of demonstrating the new tires, the races coincide with the debut of Giti brand truck and bus tires in the Oceania market. With a recently expanded range of products in the Giti brand line and continued growth in global markets, the brand focuses on providing strong benefits to fleets, as well as a wide range of support and educational tools for customers to get the most value from their tires. A brand new Giti Tire proving ground in Indonesia is also supporting the testing and development of the truck and bus tires.

Giti’s involvement in the Super Truck Nationals series continues to add to the company’s automotive racing partnerships in Europe, Asia, the United States, and elsewhere in the world, including its highly successful recent performance in the Legendary 24 Hours Nürburgring Race in Germany. 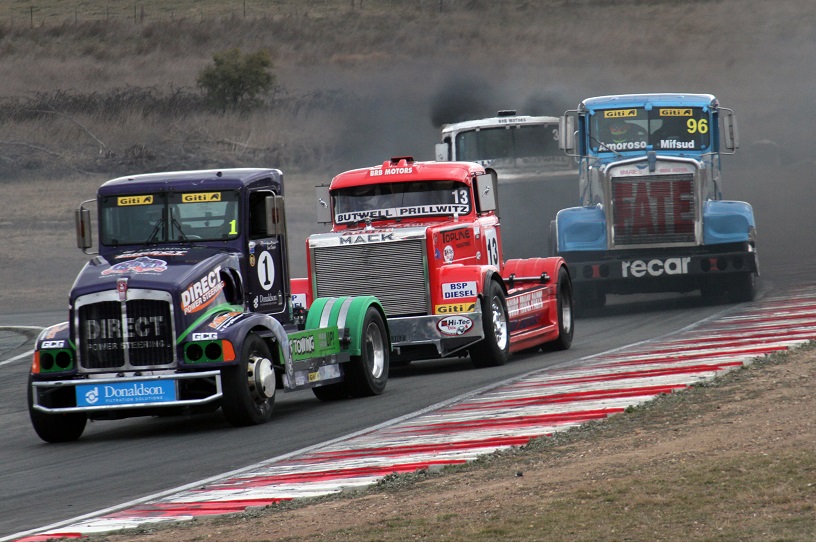